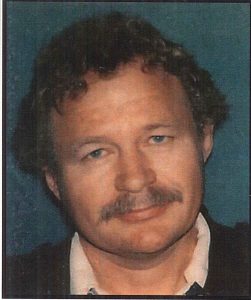 A Celebration of Life Service was held at 10:30 a.m. on Tuesday, November 27, 2018 at Trinity Lutheran Church in rural Hinton, Iowa.  Reverend Steven Stoll officiated.  Burial followed at the church cemetery.

The Johnson – Earnest Funeral Home in Kingsley is assisting Reginald’s family with arrangements. Expressions of sympathy may be directed through www.mauerjohnsonfh.com

Reginald Dean Ladenthin was born May 4, 1941 in Kingsley, Iowa, the son of Larry and Marjorie (Casper) Ladenthin of Kingsley.

Farming was a way of life for him in his early years.

He attended Iowa State University to become a civil engineer until the lure of California moved him there.

Reg was very proud of being inducted into the Marine Corps. When asked if he liked it, he would yell “Semper Fi!”

After being a Marine reservist, he attended college in Ames, Iowa for civil engineering.  He was married to Mary Sue Dais and they had two children, Holly Sue and Jason Dean.

Reg learned to pilot planes and desired to be a commercial airline pilot.

When that did not materialize, he became a successful business owner of two taverns.  He kept his pilot’s license current and, in later years, he flew ultralight aircraft with his friends.

He was very much loved and will always be missed. His sense of humor and mischief were his hallmarks.

He was preceded in death by his father, Lawrence “Larry” Ladenthin, and his brothers Randy and Roger.