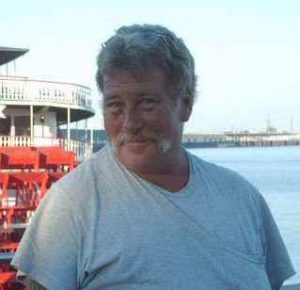 A funeral service was held on Saturday, December 1, 2018 at 1:00 P.M. at the Nicklas D. Jensen Funeral Home of Moville with the Rev. Janet Rieckhoff-Faris officiating.   Burial will be at a later date.

Clifford J. Bracy was born May 29, 1962 to Harold and Carolyn (Hanson) Bracy in New Orleans, Louisiana.  He was a longtime resident of Covington, Louisiana and Sioux City, Iowa.

Cliff had a passion for trucking. He often took his sons over the road with him as he hauled in over 40 states.

He was employed by Udell Trucking.  He enjoyed spending time with family, camping, fishing, shooting guns, watching the New Orleans Saints and cooking.

He is survived by his sons, Adam and wife Dixie Bracy of Mandeville, LA and Dustin and wife Rachel Bracy of Moville, IA; grandchildren Trent, Thorn, Knox, Huner, Lydia, Eva and Jada; siblings Lillian and Tim Milstead of Pearl River, LA; Patrick Bracy of Elkland, MO; Martha Bracy of Elkland, MO; and JP and Mickie Bracy of Martville, NY.  He is also survived by his best friend who was like a brother, Rick Pannell of Moville, and many nieces, nephews and friends.

Cliff was preceded in death by his parents; a brother, Dennis Bracy and a grandson, Brody Bracy.