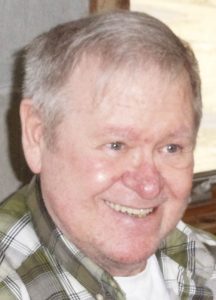 Earle grew up in Moville, Iowa. He joined the United States Air Force in 1963 and served in the Philippines and Vietnam. In 1967 he was honorably discharged.

Earle moved back to Moville, and started to work for Great Plains Processing until 1983. He then enlisted full time with the 185th Air Guard and remained there until his retirement in 2001.

While serving in the Philippines, Earle met his wife Elena. They were married on February 1, 1967.

Earle moved in with his granddaughter in Pender, Nebraska, when Elena passed away on January 29, 2017.

Earle is preceded in death by his parents and his wife, Elena.