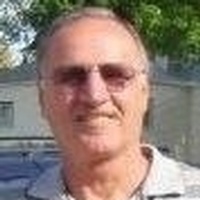 There will be no services at this time. Arrangements are under the direction of Waterbury Funeral Service of  Sioux City.

Edward Joseph Mulhall was born October 27, 1945 in Framingham, Massachusetts the son of Martin and Emma (Chaput) Mulhul. Ed joined the Army and served in the Vietnam War.

He married Shirley Carr in Massachusetts on July 21, 1982. Together they made their home in Moville, Iowa.

Over the years he worked in Quality Control at Schaeff Mag. and later at Load King, retiring due to health in 2006.

Ed and Shirley moved to Kingsley in 2016. He loved to do woodwork and work on his yard. Ed and Shirley were a loving inspiration to all who knew them.

He is preceded in death by his parents and two brothers.