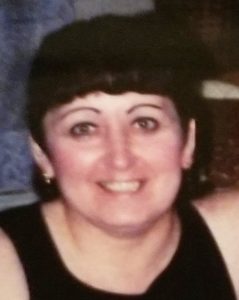 Funeral services were held at 11:00 a.m. Friday, December 7, 2018 at Rohde Funeral Home in Kingsley with Rev. Ken Kraft officiating.  Burial was in the Kingsley Cemetery.

Mary was born Dec. 16, 1952 in Sioux City, the daughter of Lynn and Jessie (Weyer) Kissinger.  She attended school in Riverside and graduated Riverside High in 1971.

Mary had various jobs.  She married Arnold (Arnie) Meister from Kingsley on June 30, 1979.  They made their home in Le Mars.  Mary and Arnie had two children: a son Jon and a daughter Jessie.

She loved spending time with her children and their friends.  Their friends would come over just to see Mary.

She always had a great sense of humor, telling jokes and playing pranks on people. She was always left an impression on everyone she met.

Mary had three grandchildren: Jazzmine, Kylie and Devin. They were her world.  Being a grandma was very important to her; neighbor girls even called her “Grandma.”   Her grandkids will cherish the shopping experiences, movie nights and “bed picnics” at Grandma and Grandpa’s.

She is survived by her husband of 39 years, Arnold “Arnie”; a son Jon and his wife, Audrey, of Sioux Falls, SD, and daughter, Jessie DeVall and husband, Jeremy of Le Mars; three grandchildren: Jazzmine Bruneau, Kylie DeVall and Devin DeVall.  Mary is also survived by her sister, Barbara Douglas of Spencer, IA; two brothers, Paul and David Kissinger of Sioux City; and several nieces & nephews.

Mary was preceded in death by her parents, Lynn and Jessie Kissinger; her father-in-law and mother-in-law, Louis and Billie Meister; a sister, Kathleen Osborn; two brothers-in-law, Jim Douglas and Shannon Osborn; and a sister-in-law, Laura Kissinger.

In lieu of flowers, memorials may be directed to Mary’s family.