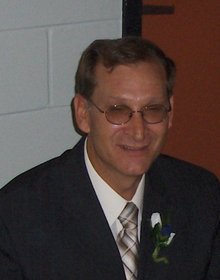 Mr. Johnson grew up on the family farm in Iowa.

As a young man he joined the U.S. Air Force. His final assignment was at Canon Air Force Base. Following his discharge, he began working with Radio  Shack and eventually transferred from Clovis to Carlsbad, and finally to the store in Roswell.

On Nov. 30, 1999 in Roswell, he was married to Joyce Lemon. From Roswell, he relocated to California where he worked at a Truck Stops of America as fuel manager.

He moved his family to Portales in about 2006. He first began working as a dispatcher for Western Dairy Transport. Later, he became the fuel manager for C&S Oil Co.

Reed enjoyed hunting and fishing and riding his Harley Davidson motorcycle. He made his home outside of Portales on a small plot of land where he raised horses and cattle. Reed was a likable man who made friends easily. Through his various associations, he had made many friends.

He was preceded in death by both of his parents.