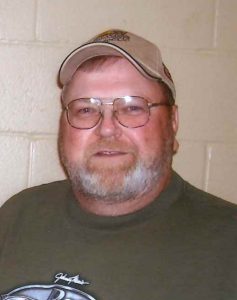 Richard “Rick” Dennis Crilly was born February 20, 1953, in Mapleton, IA. He was the seventh of seven children born to Ralph and Paulesca (Weber) Crilly.

Rick was raised on a farm in rural Danbury, Iowa and received his education at Maple Valley High School, graduating with the class of 1971.

After graduation, Rick attended Western Iowa Tech Community College and pursued a career as an electrician.

On October 27, 1973, Rick was united in marriage to La Donna “Donna” Bowers in Anthon, Iowa. The couple were blessed with three children: Kevin, Kurt and Kristi.

The family made their home in Anthon where Rick worked for the City of Anthon before beginning his own electrical business, Crilly Electric. He later worked for Funderman Electric and IBP before eventually working for the last 30+ years for the Woodbury County REC.

Rick was an outdoorsman who enjoyed fishing and hunting. He loved his childhood homestead and all the hunting expeditions he and his children and friends enjoyed there over the years.

He took great pride in cooking or smoking the wild game that he caught. Cooking was his way of bringing people together. Rick enjoyed sending his guests home with a smile and full belly.

Rick was a former volunteer on the Anthon Fire Department and a member of St. Joseph Catholic Church.

He enjoyed helping others and had a sense of humor that drew people to him. He will be dearly missed by all those that knew and loved him.

He was preceded in death by his parents Ralph and Paulesca Crilly; his parents-in-law; and brothers Frank and Tom Crilly.