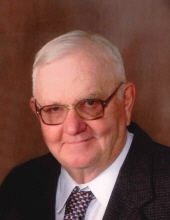 Alvin Christophersen, age 83, of Danbury, Iowa, passed away on Thursday, December 6, 2018, at the Pleasant View Care Center of Whiting, Iowa.

A Mass of Christian Burial was held at 10:00 a.m., Tuesday, December 11, 2018 at the St. Mary’s Catholic Church of Mapleton, Iowa. Father Richard D. Ball will officiate. Committal will follow in the Danbury Catholic Cemetery of Danbury, Iowa.

He received his education in the Oto school system and following school he worked with his father on the family farm northwest of Danbury. Alvin served his country in the Army National Guard for several years before being honorably discharged.

On November 24, 1956, Alvin was united into marriage to Ann Marie Petrositch in the St. Mary’s Catholic Church of Danbury.

The couple began their married life on the farm northwest of Danbury and then relocated to an acreage southwest of Mapleton, Iowa in 1965. The couple were blessed with 5 children Joe, Dan ‘Semore”, Pete, Tony, and Lisa. In 2007 the couple moved into Danbury.

Alvin worked for Linus Brenner south of Mapleton for 32 years. He later worked in operations for Ansco Seed out of Whiting, Iowa.

Alvin enjoyed farming, splitting and chopping wood, and having a cold one with the guys. He had a soft spot for his horses and dogs and liked spending time with his family.