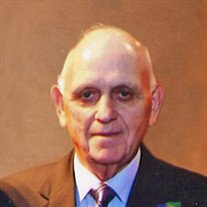 Online condolences may be made to the family at www.christysmith.com.

Dick was born on Nov. 6, 1933 in Sioux City to Herman and Jeannette Haafke. He grew up in the Bronson area and graduated from Bronson High School.

Dick married Ruth Till on Feb. 17, 1956. The couple had three children: Randy, Becky and Robert.

He farmed near Bronson and worked for Prince Hydraulics. He later went to work for Walman Optical, retiring in 1992.

He was a former member of New Life Community Church in Sioux City.

He was preceded in death by his wife, Ruth; and his son, Robert Gordon Haafke, in 1982.

The family wishes to thank Pioneer Valley Nursing Home, Hospice of Siouxland, Unity Point Health St. Luke’s Hospital and all his friends for all the love and support given to Dick and the family.

Memorials may be directed to Hospice of Siouxland.