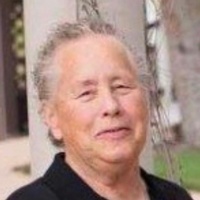 Donna and Bill lived in Le Mars, Iowa for many years where she spent years raising her children before starting an in-home daycare. After that she went to work for Tri-State Nursing as a home health aide until her health caused her to retire.

For the past many years, she spent weekends at Woodland Campground where she enjoyed spending time with family and friends as well as riding around on the golf cart.

She had a quick wit, a smart tongue, and a soft heart. She would do anything for her kids, grandkids, and great-grandkids.

Donna was preceded in death by her parents; her in-laws, Ernie and Irene Nagel;  a brother, Charles; a grandson, Kyle Clark, in 2006; and a granddaughter, Dawn Gray, in 1998.

In lieu of flowers the family requests donations be made to Hospice of Siouxland or an animal shelter of your choosing.