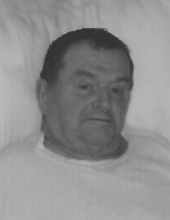 Chester C. Neville, age 86, of Holstein, Iowa, formerly of Danbury, Iowa, passed away on Tuesday, Jan. 1, 2019, at the Good Samaritan Society of Holstein.

A Memorial Service was held on Wednesday, Jan. 9, at 2:00 p.m. at the Armstrong – Van Houten Funeral Home of Mapleton. Rev. Sheryl K. Ashley officiated. Committal followed in the Danbury Cemetery of Danbury.

The Armstrong – Van Houten Funeral Home Mapleton, Iowa is in charge of the funeral arrangements

Chester Clay Neville, the son of Floyd and Emma (Otterpohl) Neville, was born on July 24, 1932, in Boyer, Iowa. He attended country school and later graduated from Cushing High School with the class of 1951.

Shortly after high school, Chester was drafted into the United States Army. He served two years overseas during the Korean War and was honorably discharged in April of 1954.

He was preceded in death by his parents and brother-in-law Bill Riecks.