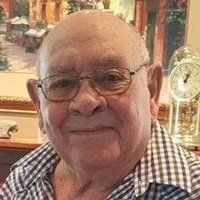 Richard D. “Dick” Beffert, 81, of North Sioux City, SD, passed away Saturday, January 5, 2019 at his home surrounded by his family.

Services were held at 11:00 a.m. on Wednesday, January 9, 2019 at Holy Cross Lutheran Church in Dakota Dunes with Rev. Charles Horkey officiating. Arrangements are under the direction of Waterbury Funeral Service of Sioux City.

Dick married Della Rappe on December 14, 1958 in Aberdeen, South Dakota, and together they raised their family in Lawton, Iowa.

Dick worked for Mid American Energy, retiring after 17 years. In retirement, he continued to work at the Super Wash car wash in Sioux City.

Dick enjoyed going fishing and playing on his iPad. Most importantly, he loved spending time with his family, especially his grandchildren.

Dick was a member of Holy Cross Lutheran Church and the American Legion in North Sioux City.

Dick was preceded in death by his mother, Pauline, and three great grandchildren: Jared, Jemma, and Aiden.

The family would like to extend a special thank you to Dr. Vollstedt, Dr. Daffer, and Dr. Dannenbring, Dr Luqman, also to the staff at Hospice of Siouxland for the great care they gave to Dick.