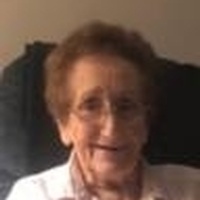 Memorial Services were held at 10:30 A.M. on Wednesday, January 23, 2019 at Nelson Berger Northside Chapel. Burial was at Arlington Cemetery in Moville, Iowa. Online condolences may be directed to www.meyerbroschapels.com.

Marilyn was born December 2, 1935 in Elsie, Nebraska, the daughter of Ira “Kyle” and Eunice (Pratt) Hepler. She graduated from Elsie High School and went to work as a Nurse’s Aide in California.

Marilyn married Richard A. Rawson on June 29, 1958. To this union, three children were born. Richard preceded Marilyn in death on February 28, 1995 in Sioux City.

After their marriage, the couple moved to Sioux City and Marilyn went to work at Zenith, and then for the Leeds Elementary and North High School Lunchrooms as well as the Central Kitchen.

Marilyn also worked at the Higgens IGA Deli, and at the Elmwood, and Hy-Vee Floral Department.

Marilyn then began her career as a floral designer for Flowerland for more than 20 years until her retirement.

She and her husband enjoyed attending the horse races and dog races. Marilyn also enjoyed playing BINGO, eating at Red Lobster, going to “The Boat” and playing cards and Solitaire at the kitchen table.

She was a skilled embroiderer, sewer and crafter. She would have a sale table with her crafts and tea towels at local craft shows.

She was a wonderful wife, mother, grandmother, and sister and will be missed by all of her family.

Marilyn was preceded in death by her parents; a brother, Kenneth Hepler; and her husband Richard.