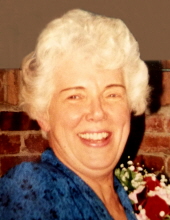 Ardith E. Armour was born on July 4, 1930, to Richard and Ruth Roberts of Allen, Nebraska. She attended Wayne State Teachers College and graduated with a two-year degree in Elementary Education. She taught at several country schools.

She was a substitute teacher in the Westwood Schools while raising children, then became a sixth-grade teacher for many years. She earned her BA in Elementary Education from Morningside College.

Ardith taught piano lessons to many of the area children from her home and was the organist at the United Methodist Church of Smithland for many years.

After leaving the teaching profession, Ardith exercised her entrepreneurial bent, selling insurance products for several years until she settled into her calling — buying and selling antiques. She opened an antique store in Onawa, Iowa with her dear friend, Pat Aldrich.

For many years, she and Myron traveled to antique shows in Texas and Washington, packing the motor home and pulling a trailer. They enjoyed the comradery and learning from other dealers they met. She also supplied period costumes to many communities in Iowa and Nebraska that were celebrating Centennial events.

Active in civic duties, Ardith was a long-time member of the Legion Auxiliary, a Worthy Matron of Eastern Star, and a member of the United Methodist Church.

She was preceded in death by her husband of 65 years, Myron L. Armour; her parents, Richard and Ruth Roberts; brothers Kendall and Dennis Roberts; and a sister, Arlene Goodell.