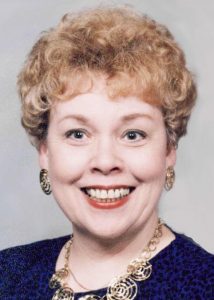 Burial was in Banner Township Cemetery in Lawton, Iowa. Visitation with the family was held from 5 to 7 p.m. Sunday, with a Scripture wake service at 7 p.m., all at Rohde Funeral Home in Kingsley.

Online condolences may be sent to www.rohdefh.com.

Ramonde “Monde” Cussen Zenor was born on Aug. 4, 1937, in Sioux City, right after her twin sister, Claire. They were the fifth and sixth children of John and Emma (McComb) Cussen.

Her family was poor, even by Great Depression standards (she was 18 before she was ever outside Sioux City limits).  But they persevered with love, faith and not a small amount of crazy Irish humor.

Sometime in 1957, Monde met a freshly discharged GI returning from Korea, a Lawton farm boy named Donny Zenor. They were married on Aug. 3, 1957 at St. Boniface — one day before her 20th birthday.

Don and Monde were married for 60 years at the time of his death in 2017. They initially made their home in the Morningside area of Sioux City, while Don worked at the Purina Feed Mill.

In 1962, they moved to the family farm north of Lawton when Don’s father retired, and they took over the farming.

Monde was a devout Catholic, a loving and devoted wife and mother, as well as a doting (and very entertaining) grandma, whose family was the center of her world.

Monde was preceded in death by her parents; her husband, Don; son-in-law, Mark Bowman; and her siblings, Alma, John, Margaret, Maureen and her twin sister, Claire.