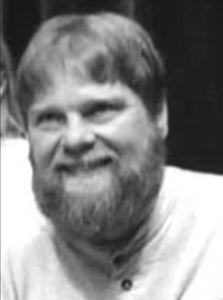 Celebration of life services for Zackary Newlon, 40, of Anthon, will be held at 2:00 P.M. on Saturday, February 16, 2019, at the Anthon Community Center in Anthon, with Pastor Karen Handke officiating. Inurnment will be in the St. Joseph’s Catholic Cemetery, Anthon, at a later date.

Zackary Randall Newlon, the son of Randy and Vicki (McDermott) Newlon was born January 29, 1978 in Alta, Iowa. He attended Aurelia Community School, graduating in 1996. After rambling around awhile he ended up in Anthon, IA.

Born into the carnival business, Zack and his family traveled on several shows; Baumann Shows, Schnetter Shows, Blues Amusements, and McDermott Family Midway, where he became ride supervisor for his Uncle Lawrence and Aunt Audrey.

Later, when the two carnivals merged to become McDermott Family Shows, Zack went to work for his parents managing the Octopus and then purchased it. Later he did a lot of driving for his parents and his Uncle Dean and Aunt Darlett.

In the off-season, he worked various jobs in construction, farming, and truck driving.

He had the honor of being blessed with four children; Dannie, Sydney, Blair, and Sophie. He also became a grandfather on New Year’s Eve when Dannie presented him with a little girl, Oaklynn.

Zack enjoyed spending time with his family, whether it was picking out fish with his kids for their aquarium, doing errands and repairs for his Grandma, home and car repairs for his aunts, jobs for his parents or just hanging out in the garage working on his latest project.

He had many friends and was always willing to hang out with or help in time of need. He was a truly good friend.

His son Blair also died the night of the accident. They are together now.