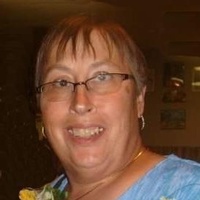 Visitation will be Thursday from 4-7 P.M. with a prayer service at 7:00 P.M. at Meyer Brothers Colonial Chapel.  Burial will be at Banner Township Cemetery in Lawton, Iowa.  Online condolences may be made to www.meyerbroschapels.com.

Dianne was born March 10th, 1955 in to Leo and Monica Hoefler.  Dianne came into the world with her twin sister, Deb and for the duration of their lives, they were not far from each other- they were best friends and confidantes.

Dianne was raised near Albion, Nebraska on the family farm.  In 1973 she attended nursing school at Northeastern Community College in Norfolk, NE.  After earning her LPN, Dianne moved to Lincoln and worked at Lincoln General, and from there she moved to Sioux City, Iowa.

While attending the wedding of a friend, Dianne was introduced to Steven Horsley, they danced the whole night together and even at that first meeting they both knew they had met the love of their life.  Steven and Dianne were married September 15th, 1979 in Albion, NE and from that union they had 3 daughters. Dianne worked as a nurse at St. Joseph hospital and later at Indian Hills Nursing and Rehab.

Before Dianne was diagnosed with Alzheimer’s she was pursing her RN degree and excelled at her studies.  While Dianne took great pride in her work, her source of greatest joy was her family.  She was a devoted and loving mother and grandmother, loving and supporting her children through all stages of life.

Dianne loved watching her children grow and pursue their dreams.  She often said her greatest hope for them was to live lives that made them happy.  She taught her daughters to be self-sufficient and independent.

Dianne was so proud to be a grandmother and loved taking Logan and Hunter to parks, swimming pools, and playing with them outside. She was anxiously awaiting the day when more babies would be added to her family when she got sick.

Dianne and Steven raised a family in Sioux City before moving to Elk Point, SD in 2003.  It was always their dream to own an acreage with a big garden.  They also loved to camp and fish and spent endless summer weekends taking their children fishing and camping.  It was their dream to spend their retirement traveling the country enjoying great fishing and beautiful outdoor sites.

Dianne was a devout Catholic her whole life.  She was active in Bible Study groups and fervently prayed for her children and family every day.  Dianne was a voracious reader, she was often found in a boat, with a fishing pole in one hand and a novel in the other.

She was a talented seamstress, enjoyed cross stitch, loved to garden, and spent as much time with her children and grandchildren as possible.

Dianne was diagnosed with Early Onset Alzheimer’s before she turned 52 years old.  She fought to stay herself for as long as she could and tried to protect her family from the toll the tragic disease takes. Sadly, the amazing woman Dianne was slowly started to fade away until she no longer remembered who she was.

She was cared for and visited often by her husband, 3 daughters, sons-in-law, grandchildren Logan, Hazel and Gannon, and her sisters Deb and Eileen.  She was with them when she took her last breath and Jesus ushered her home to heaven where she was finally healed.