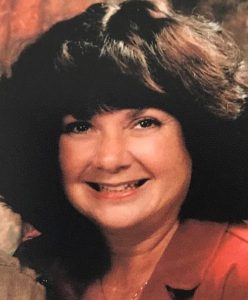 Janice Irene Murray, 68, of Correctionville, went to heaven to be with her eternal Father on Thursday, February 21, 2019, at a Sioux City hospital after a long battle with pancreatic cancer.

Services were held at 2 p.m. on Tuesday, February 26 at Rock Branch United Methodist Church of rural Correctionville, with the Revs. Harold Werley and Sheryl Ashley officiating.

Burial was be in Rock Branch–Fairfield Cemetery. Condolences may be directed to the family at www.rohdefh.com.

She graduated from Kingsley-Pierson High School in 1969. She initially went to Morningside College in Sioux City.

After she was married, she transferred to the University of Alaska, Fairbanks and later to Mount Mercy College in Cedar Rapids, Iowa, where she graduated with a Bachelor of Science and a degree in education in 1972. She later earned her Master’s in education from Morningside College in 1993.

She taught at Shellsburg, Iowa, and moved back to the Rock Branch area and taught at Woodbury Central School as a second-grade teacher for 33 years. After she retired, she continued to be a substitute teacher for 11 years to feed her passion to teach young growing minds.

Janice was united with Daniel Lee Murray on December 23, 1970, at the Rock Branch United Methodist Church. They immediately relocated to Fairbanks, Alaska, where Dan served the U.S. Army at Fort Wainwright.
After his tour of duty was complete, they initially moved to Cedar Rapids, and then back to the Rock Branch area.

She grew up on the farm helping the family by collecting eggs, raising vegetables in the garden and helping to raise her younger siblings.

She brought the farm-based work ethic with her wherever she went, and she never forgot her roots.

Janice enjoyed traveling, vegetable and flower gardening, serving at church, baking, canning, going to her grandchildren’s events, singing in the choir, playing the organ, fishing, and spending time with her family.

She was the matriarch of the family and organized dinners, holidays and family reunions.

She volunteered at Girls Inc., was active in the Women’s Club in Moville, helped create a support group for women dealing with cancer with Sheryl Ashley and established a prairie school at the Woodbury County Fair with Lavelle Fisher.

She is survived by her husband, Dan; her son, Scott (Jennifer) Murray of Sioux City; her brothers, Darrell (Jeanette) Susie and Roger (Jean) Susie, all of Pierson, Iowa; her sisters, Karen (Kent) Handel of Onalaska, Wisconsin and Joan Larson of Stillwater, Wisconsin; grandchildren Laura and Nathan Murray; and many nieces, nephews, grand-niece and grand nephews.

She spent a lifetime of spreading her love to those around with her infectious smile and can-do, never give up/positive attitude. She will be dearly missed by all who were fortunate enough to spend time with her.

One hundred years from now, it will not matter what kind of house I lived in, how much money I had, nor what my clothes were like. But the world may be a little better because I was important in the life of a child.

In lieu of flowers, memorials may be directed to the family to establish a scholarship for students at Woodbury Central High School that will be pursuing Elementary Education in college.