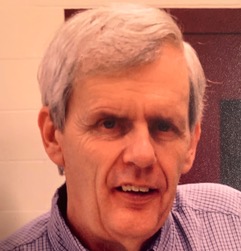 Ronald J. Roggatz, age 65, of Correctionville, passed away on Thursday, February 21, 2019 at the Mercy Medical Center of Sioux City.

A funeral service was held on Tuesday, February 26, 2019 at 10:00 a.m. at the Grace Lutheran Church of Correctionville with Pastor John Riebhoff officiating.  Burial was at the Good Hope Cemetery of Correctionville.  Online condolences can be made at nicklasdjensenfh.com

Ronald J. Roggatz was born March 24, 1953 in Sioux City, Iowa to Carl and Ellen (Jeffrey) Roggatz.  He lived his entire lifetime in the Correctionville area and graduated from Eastwood High School.

Ron was united in marriage to Linda Downey on June 22, 1974 at the Methodist Church in Anthon, Iowa.  To this union, two children were born: Corey and Crystal.

Ron enjoyed tractor pulling, driving his 1951 Farmall “M” and taking his 1972 Heavy Chevy Chevelle to car shows.  He served as president for the Chamber of Commerce and Grace Lutheran Church board.  He was the Citizen of the Year for Correctionville in 2016.

Ron enjoyed attending the Clay County Fair and went every year of his life but one.  He loved spending time with his family and friends and going to the casino.

He was preceded in death by his parents; his wife, Linda; a brother, Wayne Roggatz and a brother-in-law, Raleigh Downey.