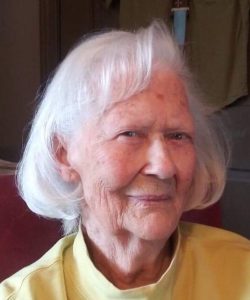 Dorothy passed away on Saturday, February 9, 2019 at her daughters home in Kentucky with her loving daughters and dear friend Darla Waits by her side.

Dorothy was born in Anthon on March 27, 1937, the daughter of the late Elmer and Ina Marie (Lewis) Myers.

She was the manager of student housing at Western Iowa Tech Community College in Sioux City, retiring in 1998. A marriage to Jon Lee Reynolds ended in divorce.

Moving to Colton after retiring to be near her family and friends, she enjoyed traveling and living on the water.

Besides her parents, Dorothy is predeceased by a brother Otis Myers, sister, LaVerne (Myers) Thompson and her beloved son, Robert Jon Reynolds.

Donations in her memory may be made to St. Elizabeth Health Care Hospice (483 South Loop Drive; Edgewood, KY 41017).

Memories and condolences may be shared online at www.olearyfuneralservice.com. Arrangements for Dorothy L. Reynolds are under the care of the O’Leary Funeral Service of Canton.