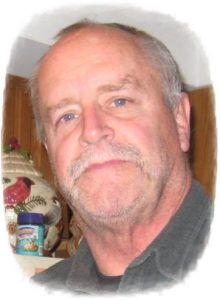 Jack Michael Slaymaker passed away at his home in Spencer, Iowa on Tuesday, February 26, 2019 at age 71.

Services were held at 10:00 A.M. on Saturday, March 2, 2019 at the Warner Chapel in Spencer.  Charlie Gilmore officiated.  Interment was at North Lawn Memorial Park in Spencer.

Jack Slaymaker, the son of Russell and Charlotte (Peacock) Slaymaker, was born on April 13, 1947 in Spencer, Iowa.  His childhood years were spent in Spencer where he received his early education, graduating from Spencer High School in 1965.

After graduating high school, Jack spent some time in Arizona and California working the HVAC trade and, of course, fueling his passion for cars.  He made good friends and remained in contact throughout the years.

When Jack returned to Spencer, he worked at Christians Sheet Metal as shop foreman until he purchased the business with Tony Sholly in 1996.  He retired in 2009.

Jack’s passion for building, working on and driving vintage vehicles started when he was young and stayed with him throughout his life.  He also loved animals and rescued many.  Jack was a collector of all things.  He wanted to give everything a home.

Following their marriage, they remained living in Spencer attending numerous car events, enjoying sprint car races, swap meets and auctions together.  Sometimes doing nothing but being together was a favorite pastime.

He was preceded in death by his parents; two sisters: Charlene McAmis and Diane “Didy” Kunzmann; and one brother-in-law, Neal McAmis.