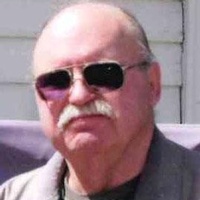 Services will be held 11:00 am Monday, March 18, 2019 at Waterbury Funeral Services of Sioux City. Burial will be in Onawa City Cemetery. Visitation will be one hour prior to service time at the funeral home.

Ronald was born on April 29, 1947 in Sioux City to Stanley and Regina Bocian. He grew up in Sioux City and married Carolyn Heinse on July 16, 1966 in Moville.

Ronald worked at AGP for 20 years in the maintenance department. He enjoyed traveling, camping and fishing.

Family was the most important part of his life, especially his love for his grandchildren.

Ronald was preceded in death by his wife, Carolyn; his parents; and his brothers, Butch and Gary Bocian.