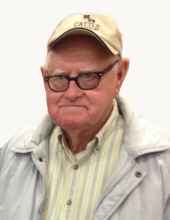 A Private Family Service will be held on Saturday at the Church of Christ of Correctionville, IA. Pastor Tim Jones will officiate. Committal will follow in the Oak Hill Cemetery of Anthon, Iowa.

Wesley Lee “Wes” Baldwin was born on July 6, 1928, to Milo and Iva (Dicks) Baldwin on a farm near Ponca, Nebraska.  He moved to the Anthon area as a child and completed an 8th grade education at Miller Township Country School #8.

Wes worked on the family farm and was a hired hand for neighboring farmers. Wes was united in marriage to Vera Kelsheimer on November 5, 1951 in Elk Point, South Dakota.

With his straight truck, Wes hauled a lot of livestock to the Sioux City stockyards and the grain had to be scooped on and off before hydraulics.

When the Hornick bottom was flooded in the 1950’s, he hauled livestock and people’s belongings into the hills.

In 1963, Wes purchased his first bulldozer, starting Baldwin Construction, building dams and clearing timber until he sold the business in the early 1970’s.

He started a feed business in 1975 selling Doboy feeds and built a grain elevator in 1978 selling BP feeds.

Wes expanded his cattle operation to include a feedlot.  He retired in 2017 after 42 years in the feed business but continued to feed cattle until his death.

He was the first inductee into the Woodbury County Cattlemen’s Association Hall of Fame in 2005.

He was a lifelong member of the Church of Christ.

Wes was a collector of coins and arrowheads.  During his lifetime he enjoyed fishing, hunting and doing puzzles.  He liked spending time with his grandchildren and great-grandchildren and attending their events.

He was preceded in death by his parents, Milo and Iva Baldwin; a brother, Lawrence; and one great-grandchild.

In lieu of flowers, memorial money will be directed to the Anthon Fire and Rescue departments.