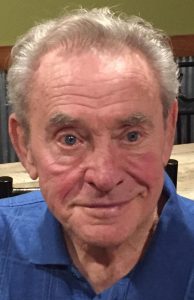 He supervised numerous jobs during his time working with the local carpenters union. He also built many homes in and around the Siouxland area, with his wife by his side.

Ed was a wonderful and giving husband, father, grandpa, great-grandpa, and friend. He had a passion for family, carpentry, food, visiting and storytelling. He loved doing for others, and he lived his life to the fullest.

Ed was a member of the Knights of Columbus and American Legion in South Sioux City.

Ed was preceded in death by his parents; his mother-in-law, Agnes (Kneifl) Long, who accepted him like he was her own; his sister, Shirley Heeren; his best friend and brother, Jim, who passed away March 9, 2019; and two sons-in-law, Kenneth Persinger and Chad Andersen.