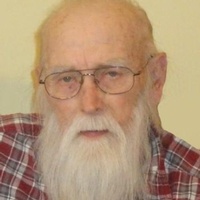 He worked at Beaulieu’s Ag Service then worked as an arc welder at North American Manufacturing Company (NAMCO).  He was inducted into the United States Army on December 6, 1951 and served during the Korean War.  He was honorably discharged on October 9, 1953.

On November 24, 1953, Roland was united in marriage to Dolores Joan Hook at St. Mary’s Catholic Church in Hawarden.  The couple lived in Sioux City for a brief time before moving to their farm near Hinton.

Roland operated his own bulldozing business for several years.  He worked at NAMCO for 40 years until retiring in 1992.  After retirement, he worked at Siouxland Auto Auction.

Roland was a member of St. Michael Catholic Church, and he helped with their annual fish fries.

He was preceded in death by his parents; his wife Dolores on February 26, 2019; two children in infancy, Chris Holder and Gayle Holder; one brother, Glenn Holder; and one sister, Pauline Niemala.