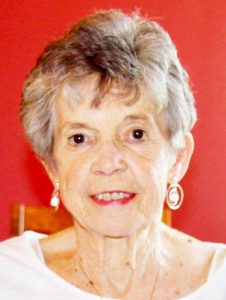 According to her wishes, there was a private interment in Floyd Township Cemetery, Bronson, after the funeral luncheon. Online condolences may be sent to www.meyerbroschapels.com.

Sharon was a long-time employee of Security National Bank and Mid-American Energy.

Sharon was an avid card player who seemingly never lost when she kept score.  She loved sports and loved attending her children and grandchildren’s games and activities.

She was an avid reader, loved to travel but not play Scrabble, and loved to visit friends and family.

She was preceded in death by her parents; her brother, Allen; her grandson, Jeffrey DeWitt; and her in-laws, Paul and Kathryn.

In lieu of flowers, memorials may be directed to the Salvation Army or the Gospel Mission.