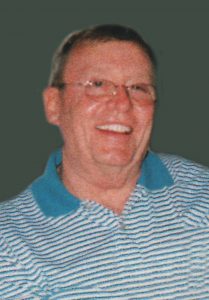 A graveside service will be held at 1:00 p.m. Wednesday, April 17, 2019 at Arlington Township Cemetery in Moville, Iowa.

Dean was born August 4, 1943 to parents Edward C. and Ethel (Luce) Hayes in Sioux City. He spent the majority of his youth in Moville, Iowa.

Dean was an Airborne Ranger in the U.S. Army from 1966-1969. His service included a tour in Vietnam.

Dean enjoyed spending his time on the golf course, building furniture for his loved ones and spending time with family.  Ms. Iowa, Snoball, and Quincy brought joy to his life.  Dean attended the University of Utah and graduated from Georgia State University. He earned a post-graduate degree from Furman University.

He is preceded in death by a sister, Beverly J Waldman; a sister, Barbara J Weifenbach; and three brothers who died in infancy: Michael, Joseph and Dennis.

Memorials can be made to Paralyzed Veterans of America (www.pva.org).