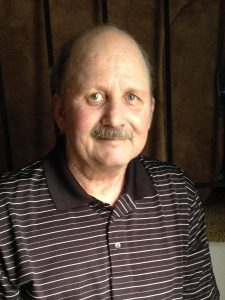 Visitation will be Wednesday, May 1 from 10:00 a.m. to noon at Bellevue Memorial Chapel, Bellevue, Nebraska, followed by a Graveside Service at 1:00 p.m. at Omaha National Cemetery.

He is preceded in death by parents, Leonard and Maurine; brother Denny; sister Linda; and step-sister Marge Riggen.

As a child, Terry’s family started a band named “Curly’s Combo” after their father’s nickname. Terry played guitar at resorts around Okoboji for over 20 years.

As part of the act, Terry became a limbo expert, holding the world record of 6.5 inches from the floor until it was broken by someone at 6.25 inches. “We would put a stick across two beer bottles about 9 inches high,” quoted Terry.

On February 27 1976, Lance Corporal Terry L. DeWall was honorably discharged from the Armed Forces of the United States. “SEMPER FI”

In January 1984, Terry suffered a back injury from a freak accident. Multiple surgeries, physical therapy, acupressure, hypnosis, biofeedback, swimming, whirlpools and saunas did not ease his massive pain. This led Terry to invent the “DeWall Posture Protector.”

His invention not only eased his pain but decreased pain for many back pain sufferers.  In 1991, Terry was named Omaha’s Small Business Man of the Year for the invention of his DeWall Posture Protector L0430. “If we can reduce pain 10 percent, it means so much to the person that it’s hard to explain. Anything more than that is amazing” quoted Terry.

His love for people, helping and giving of himself defines the word selfless.

On January 4, 2008 Terry suffered a massive stroke that affect the right side of his body with no movement to his right arm. Through the rest of his life, he was cared for and loved by his family & friends.

We are celebrating his life and inventions. Terry, you will truly be missed by so many people but we know you are in your “new body” dancing and singing in Heaven. We love you and can’t wait to join you.  Dance on, Terry.