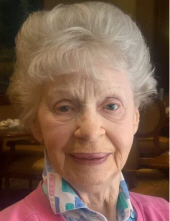 Adeline (Maas) Kienast, age 84, formerly of Wayne, Nebraska and Lawton, Iowa, passed away on Monday, May 13, 2019, at The Commons on Marice Assisted Living Facility in Eagan, Minnesota.

A Memorial Service will be held at a later date as it was Adeline’s wish to donate her body for medical research to the Anatomy Bequest Program at the University of Minnesota Medical School.

Adeline Maas was born on September 9, 1934, in Mapleton, Iowa to Glenn and Marie (Zobel) Maas.

She graduated from Mapleton High School in 1952 and began working as a telephone operator, first in Mapleton and then in Storm Lake and Sioux City, Iowa for Northwestern Bell.

She married Valance Kienast on October 15, 1960. In 1970 they purchased Melodee Lanes in Wayne, Nebraska which they operated together for over 20 years. Both Adeline and Val enjoyed bowling and golfing.

Adeline especially loved children.  She supported many of them in various ways throughout her life. She was instrumental in helping establish a Junior Bowling program in Wayne.

Adeline is survived by her sister, Betty Powell of Lawton,  Iowa, and numerous nieces and nephews.

She was preceded in death by her parents; her husband, Val Kienast; two infant children, Keith and Kenneth; and a brother, Carl Maas of Mapleton, Iowa.