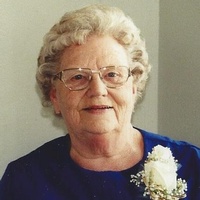 Funeral services were held on Tuesday, May 21 at 2 p.m. at the Pilgrim Lutheran Church in Quimby, Iowa. Pastor David Doellinger officiated.

Burial was in the Grandview Cemetery at Quimby, Iowa. There was a family prayer service at 1:45 p.m. at the church on Tuesday.

Arrangements are with Boothby Funeral Home in Cherokee, Iowa. Online condolences can be left at www.boothbyfuneral.com.

Alice was a farm wife, and she operated a hair salon out of her home for several years.

Alice was a member of the Pilgrim Lutheran Church in Quimby, Iowa.

She was also a member of Eastern Star, American Legion Auxiliary, and the Cherokee County Cowbells. She enjoyed gardening, baking and spending time with her family.

She was preceded in death by her parents; her husband on June 19, 2014; brothers Duane (Carol) Fee and Russell Fee; a sister-in-law, Marlys Fee; a brother-in-law, James Warrender; and a sister-in-law, Roma (Arlo) Beazley.

She is survived by a son, Stephen Hoeppner and his wife Ann of Sioux City, Iowa; a daughter, Twila Woolworth and her husband Dave of Washta, Iowa; four grandchildren and two great-grandchildren: Katie Hoeppner; Dustin (Deanna) Woolworth and their children Marley and Logan; Calvin Langschwager and Dakota Woolworth; a sister, Ethel Warrender of Cicero, Indiana; a brother, Keith (Bu) Fee of Cherokee, Iowa; a sister-in-law, Carol Fee of Coeur D Alene, Idaho; and several nieces and nephews.