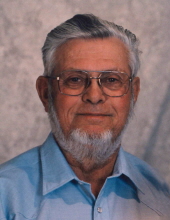 A Funeral Service was held at 10:00 a.m. Saturday, May 18, 2019, at the Armstrong – Van Houten Funeral Home of Mapleton, Condolences may be sent to www.armstrongfuneral.com.

Warren Charles Nepper, the son of Warren O. and Helene (Zeims) Nepper, was born November 17, 1933, in Monona County, Iowa. He was raised on the family farm near Ute, Iowa with his six siblings. Warren received his education at Mapleton High School.

Warren was united in marriage to Evon Chandler in December of 1951 and they made their home outside of Mapleton, Iowa. They were blessed with three children: Linda, Michael and Donna. The couple would later part ways.

On June 22, 1962, Warren married Shirley Wenck. He welcomed her daughter Lori to his family. Together Warren and Shirley had two children: Steve and Patti. The family settled outside of Ute. Shirley passed away in 2001.

Warren married Cindy Gosch on May 24, 2002 and the couple resided on the farm in Ute.

Warren was engaged in farming and trucking throughout his lifetime. He enjoyed tending to his livestock and crops. He especially enjoyed raising and maintaining his apple orchard.