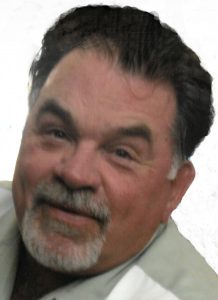 Burke C. Noonan, 72 of Sioux City passed away on Tuesday, May 21, 2019 at the University Of Nebraska Medical Center in Omaha, Nebraska.

Burke was born December 12, 1947 in Sioux City. He was the son of Michael and Grace (Corey) Noonan.

Burke grew up in Sioux City and graduated from Heelan High School where he was active in sports. He also worked in the family business, Dixon County Feed Lot.

On August 21, 1971, Burke married Candi O’Neil. To this union, three children were born.

Burke had owned El Fredo Pizza for a number of years and then built and owned Pronto Convenience Stores.

Burke enjoyed riding his Harley-Davidson motorcycle, following Notre Dame Sports, and most of all, spending time with his family. He was an avid golfer, and he loved to buy and sell golf equipment.

Burke was preceded in death by his parents; a nephew, Corey Flamand; and his best friend, his dog Tank.