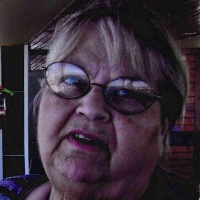 Private graveside services were held at Memorial Park Cemetery. Arrangements were under direction of Waterbury Funeral Service of Sioux City.

Charlene was born on February 15, 1940 in Kingsley, Iowa to Homer and Clara (Zimmerman) Ward.

Charlene was a homemaker, and she loved spending time with her family. She was the best mom to daughter, Lori and son-in-law, Chuck.

She enjoyed her home in the country, gardening, and watching the wild animals.

Charlene had a strong Christian faith and enjoyed attending church.

Survivors include her daughter, Lori (Chuck) Edwards; her sister, Janice (Myron) Wimmer; a sister-in-law, Donna Ward; a brother-in-law, Bob Richardson; many nieces and nephews; her granddog, Danica; and her grandcat, Peyton.