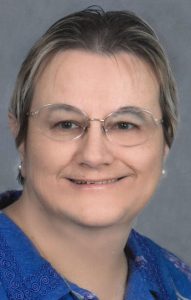 Sandra was born the daughter of Edward and Verla (Jenkins) Kroll on May 3, 1954 in Cherokee, Iowa.

Sandy was a nurse for Marian Health and the June E. Nylen Cancer Center before retiring from Universal Pediatrics in 2016.

She enjoyed spending time with her grandchildren and preparing holiday meals for her family.  She was a big lover of animals, especially her cats.

She was preceded in death by her parents; her husband, James; and two sisters-in-law, Nancy and Linda Zahnley.