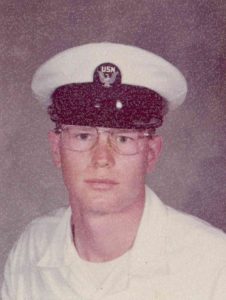 William “Bill” H. Becker, 63, of Phoenix, Arizona, passed away November 30, 2018 at a hospital in Seattle, Washington after suffering a heart attack.

William was born January 21, 1955 in Sioux City, Iowa, the son of Robert and Florence (Ditter) Becker.

William entered the Navy on May 31, 1974.  He was stationed in San Diego, California, where he served on the USS John D. Young battleship which was commissioned in May of 1978. During his service he was awarded the National Defense Service Medal and Good Conduct Award for the time he served. On January 11, 1979 he received an honorable discharge from the Navy.

William was proud of his service in the Navy.

In June of 2010 he purchased Arizona Firefil which he owned and operated until the time of his death.

He enjoyed Nascar racing and riding his Harley.  William enjoyed spending time with his nieces and nephews.

Preceding Bill in death were his parents; his sister and her husband, Trudy and Paul Dvorak; his sister, Laurali Fey; and his brother-in-law, Art “Butch” Haggin.