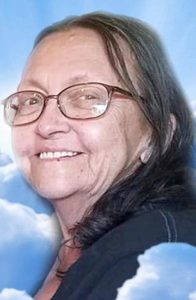 Karen E. Utesch, 66 of Moville, Iowa, passed away peacefully on Thursday, June 6, 2019 at her home, surrounded by her family.

Funeral Services were held at 10:30 a.m. on Tuesday, June 11, 2019 at Waterbury Funeral Service of Sioux City. Burial was at Arlington Cemetery in Moville.

Karen Elaine Utesch was born April 11, 1953 in Cherokee, Iowa, the daughter of Meredith and Marion (Cosier) Morrow. She graduated in 1971 from Washington High School in Cherokee.

Karen married Tom Utesch in Elk Point on July 19, 1982. In 2015, she graduated from Western Iowa Tech in Medical Coding.

Karen worked several years as a customer service representative for MCI, and later for Nike. She also worked as a parts manager for D & K Implement.

Karen was also the proud business owner of Wolf Creek Pony Express with her husband. She was also a 22-year member of the Wolf Creek Saddle Club, assisting with the annual horse show in Moville.

Karen was a lover of all animals; horses and cats were her favorites. She also enjoyed gardening and riding Harley-Davidson motorcycles.

Family was the most important aspect of her life — spending time with her husband, her kids, and especially her grandkids.

She is preceded in death by her parents; a brother, Mike “Gunner” Morrow; and a brother-in-law, Dale Badrick.