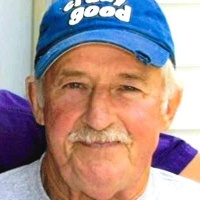 Ed was born on October 26, 1941 in Correctionville, Iowa to Ralph and Agnes (Wynn) Miller. On September 24, 1961, Ed was united in married to Julia Dietschy.

As a young man, he worked on the farm with his father. For most of his working years, Ed was a truck driver. Later he worked as a carpenter, doing home improvements and remodeling.

Family was the most important aspect of Ed’s life. He was especially proud of all of his children, grandchildren, and great-grandchildren. They were the light of his life.

Ed was preceded in death by his parents and a brother, John Miller.