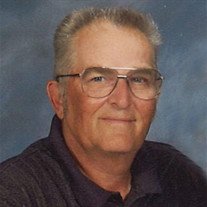 Lloyd “Don” was born February 10, 1939 in Quimby, Iowa, the son of Lloyd and Eleanor (Reinert) Groves. He moved to Sioux City as a child and graduated from East High School in 1958. He then joined the United States Air Force.

Don married Jean Abrao on October 22, 1960, in Santa Venetia, California. They returned to Sioux City in 1966. Don worked at McCracken Concrete Pipe Machinery Company in Sioux City for 28 years. He was also a member of the Woodbury County Sheriff’s Department Reserves for 25 years.

Don was an active member of Mater Dei Parish- Immaculate Conception Catholic Church. He loved hunting and fishing with his family and golfing with his many friends.

After retirement, Don and Jean enjoyed spending their winters in Alamo, Texas.

Don was preceded in death by his parents and his sisters, Ruth Kern and Dolly Sanvold.