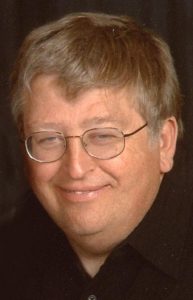 Service will be at 10 a.m. Thursday, June 27 at Holy Family Catholic Church in Emmetsburg, with the Rev. Bill Schreiber officiating. Visitation will be 4 to 7 p.m. Wednesday at the Martin-Mattice Funeral Home in Emmetsburg.

Following high school, Greg attended the University of Minnesota, where he earned his bachelor’s degree in chemistry. While in college, Greg enjoyed the years he spent working in the oil fields in Texas and on Lake Superior shipping taconite.

He loved to share the stories about his experiences with his family and friends.

In 1986, Greg accepted a position at Iowa Lakes Community College in the Hotel Motel Restaurant Management Program, sharing his expertise from the family’s hotel business.

On August 10, 1991, Greg was united in marriage to Denise Schieuer at Immaculate Conception Catholic Church in Sioux City, Iowa. They were blessed with twin daughters, Madison and Taylor.

He was a member of Holy Family Catholic Church in Emmetsburg, and was also active in the Lions Club for many years. Greg enjoyed playing golf, going hunting, and utilizing his lifelong interest in computers.

Also surviving are many of Greg’s high school friends and his friends from Iowa Lakes Community College.

He was preceded in death by his parents, John and Carol Reimer; his father-in-law and mother-in-law, Kenny and Loretta Schieuer; and his beloved dog, Sparky.