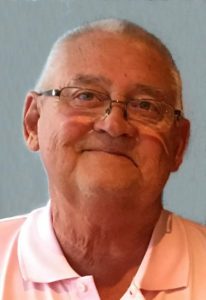 Memorial Services will be at 10:00 a.m. Saturday, July 13, 2019 at First United Methodist Church in Sioux City with Neil Peck officiating. Burial will follow at Arlington Cemetery in rural Moville, Iowa.

The family requests memorials be made to Abu Bekr Shrine Transportation Fund (Box 3347, Sioux City, IA 51102). Online condolences may be offered at www.meyerbroschapels.com

Phil was born February 24, 1949 in Le Mars, Iowa to LaVonne and Earl Nugent.  In 1967, he graduated from Kingsley High School and started college at Wayne State College.

On August 16, 1969, Phil married his middle school sweetheart, JoEllen Harmes. Phil and Jo continued their college studies at Wayne, both in education. Phil graduated with a BAE in Industrial Technology and began teaching in Westfield, Iowa.

After moving to Denison, Phil earned his MA in Technology and taught at the Denison Community Schools for 33 years.

Phil was actively involved in the Abu Bekr Shrine Temple, holding several roles including Past Potentate and Recorder. He was a member of the Animal Unit, Cornhuskers, Chef Unit and Golf Unit.

Phil was elected President of Central States Shrine Association for 2019. He found great joy and lifelong friendships through his involvement with the Shrine.

Phil enjoyed golf, traveling, fishing, the Packers, and a good scotch. He lived life to the fullest and challenged the thought of immortality to the last day.

Phil is survived by his wife JoEllen, his children Tawn (Jess Groce) and Tate (Briana Terry), his grandchild Lily Terry, his brother Raymond (Maddie), his sister Barb, his sister Karen (Gus), and many other relatives and friends.