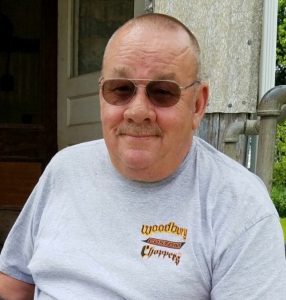 A funeral service was held on Saturday, July 20, 2019 at 10:30 a.m. at the Washta United Methodist Church of Washta with Pastor Barb Dinelli officiating.  Burial will be held at the Holstein Cemetery of Holstein.

John was baptized and confirmed at the Washta United Methodist Church.  He was a graduate of Willow High School in 1969.

A lifetime resident of Washta, John was a farmer, truck driver, and dairy farmer.  He worked at Washta Cropmate for several years.  John retired in 2016 but continued to farm the family farm.

He was united in marriage to Carol Burns on March 14, 1975.  To this union, four children were born.  He and Carol later parted ways.

Christmas was his favorite holiday, and he loved decorating for it.  At Thanksgiving, the turkey and gravy were his specialty.

John was preceded in death by his father, Ralph; his grandparents; several aunts and uncles; and an infant nephew.