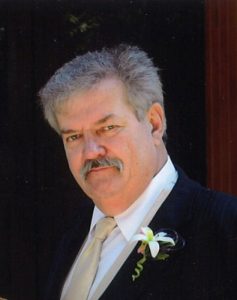 Thomas P. Umbach, age 69, of Anthon, passed away on Thursday, July 18, 2019 at his home of Anthon.  Online condolences can be made at nicklasdjensenfh.com.

A funeral Mass was held on Monday, July 22, 2019 at 10:30 a.m. at the St. Joseph’s Catholic Church of Anthon with the Msgr. R. Mark Duchaine officiating.  Burial was at the Mount Saint Joseph’s Cemetery of Anthon.  The Nicklas D. Jensen Funeral Home of Correctionville is in charge of the arrangements.

Tom was united in marriage to Janice Elaine Hamann on February 14, 1975 in Elk Point, SD.  Together they raised seven children.

Tom worked in the grocery industry with his parents, then worked various jobs in the community with Terra, Pete Collins and in the home construction industry.  In 1985 he started in the feed and seed business where he worked the remaining years of his life.

He was a lifelong member of St. Joseph’s Catholic Church, a member of the Anthon Fire and Rescue squad where he served as chief for a short time, as well as the ambulance crew.  He belonged to the Sioux Valley Sports Club, Anthon Golf Course and served on the Anthon School Board.

He enjoyed hunting, golfing, drag racing, was a game show enthusiast and was an accomplished carpenter.  He enjoyed watching sports on television, especially his beloved Chicago Cubs.  Tom was fluent in sarcasm and had perfected the eye roll.