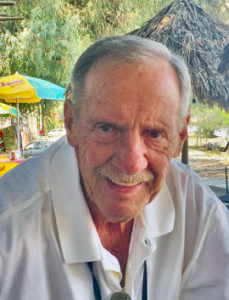 A memorial service will be held at the First Baptist Church in Climbing Hill, Iowa on Tuesday, September 3, 2019 at 10:30 a.m.

Family members will be present before and after the service to visit with all those attending the service, and the interment of David’s cremains in the West Fork Cemetery in Climbing Hill, Iowa.

Born September 3, 1947 to Arthur Hennings and Alma (Hill) Hennings, David grew up on the family farm south of Moville in rural Woodbury County.

David enjoyed riding his motorcycle, cooking, gardening, playing cards, and long conversations. He lived most of his life in Omaha, Nevada and Las Vegas, Nevada before retiring to Jocotopec, Mexico.

He is survived by five sons and their families: Mark and son Dawson of Sussex, WI; Brian and Kelly, children Lexis and Ty of Lisbon, WI; Eric and Heather, children Dillon and Kaitlyn of Lawton, IA; Jason of Omaha, NE; and Scott and Melissa, children Kolbe and Aubree of Omaha.

David is also survived by his sister, Marilyn Erps of Plymouth, MI and his brother, Donald and Carole of Moville.

David was preceded in death by his parents, Arthur and Alma, and two infant brothers, Larry and Alvin.