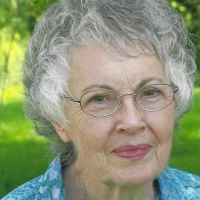 She attended a country school until graduating from eighth grade. After that she attended Ireton High School, where she graduated.

Following graduation from National Business Training school, she worked for Sioux Tools until she began working at Metz Baking in Sioux City, where she worked for 20 years until her retirement.

Judy attended Wayne State Teachers College.  She and Milton Bauer were married August 2, 1964.  They made their home on the farm that they lived on during their married life.

Milton passed away July 1, 2014.  Judy continued to live on the farm up until the present time.  She will always be remembered for being a kind and gentle person who was very devoted to her family.

Judy was preceded in death by her parents; her husband, Milton; her father-in-law and mother-in-law, Henry and Dorathea Bauer; and her brother-in-law, Jerry Meyer.