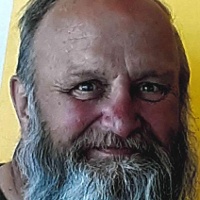 A Celebration of Life service was Saturday, August 24, 2019 from 1-3 p.m. at the Correctionville Community Center. Arrangements are by Waterbury Funeral Service of Sioux City.

Robert was born on August 19, 1951 in Cherokee, Iowa the son of James and Wilma (Wechler) Groszkrueger.

He graduated from Eastwood High School in Correctionville in 1969. He also attended Iowa State University. Robert married Lynette Pullen, and in this union three children were born: Heidi, Kami, and Bradley. They later divorced.

He served in the military and was in the Army Reserves.

During the 1980’s, Rob worked in Cherokee at Jessie’s Fine Meat. Then he was the police officer for the City of Correctionville.

Rob met the love of his life Blanch (Smith). Rob then went to work at Gateway. He retired in 2018 as a Security Guard at the Sioux City Malls.

Rob enjoyed camping, hunting and fishing, playing cards and spending time with his family and friends.

Robert was preceded in death by his parents; his wife Blanche; a nephew, Derek Wayne Groszkrueger; and a brother-in-law, Gary Caskey.