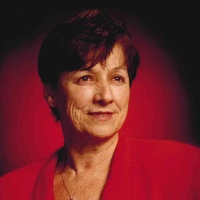 Aylene Scott, 81, of Moville, Iowa, passed away peacefully on Wednesday, August 28, 2019, in Moville with her family by her side.

Services were held at 2:00 Tuesday, September 3, 2019 at the Moville United Methodist Church, with Rev. Jill Clem officiating. Private family burial will be in Arlington Cemetery at a later date.

Aylene Scott was born January 21, 1938 in Homer, Nebraska. She lived near Hubbard, Nebraska until the age of 15.  In 1953, she moved with her family to a farm near Belden, Nebraska.

Aylene attended Belden High and graduated in 1956. While in high school she played volleyball, softball and sang in the chorus.

Aylene married LeRoy Bring in June of 1957 in Belden, Nebraska, and to this union four children were born. She lived in Belden for 8 years working hard as a farm wife and raising her children.

Over the next few years, Aylene moved with her family to Prescott, AZ; Dakota City, NE; Sioux City, IA; Atlantic, IA; and Garden City, KS, before moving in 1974 to Moville, which has remained her home for the last 45 years.

She married the love of her life Cal Scott on July 22, 1978 in Laurel, Nebraska. They were married for 20 years until Cal passed away in1998.

Aylene was a member of the Moville United Methodist Church. She ran “Grandma’s Daycare” in her home for 20 years. Her greatest joys in life were her children and grandchildren.

She was a devoted mother and grandmother, and she never missed any activity that her children and grandchildren participated in.

Aylene loved to socialize and visit everywhere she went. In her later years, she enjoyed going to lunch with her children and families. This brought her great joy.

She was proceeded in death by her parents; her husband, Cal; her step-daughter, Pam Newberg; her brother-in-law, Warren Huetig; and her sister-in-law, Rita Bartels.