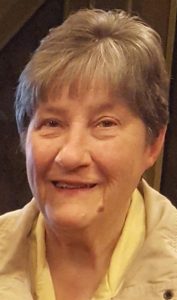 She will be interred at Calvary Cemetery at a later date. Arrangements are under the direction of Waterbury Funeral Service of Sioux City.

She graduated in 1960 from Central High School in Sioux City.

Throughout her life, Mary was involved with the food service industry as a server, cook, and food prep manager. After obtaining her degree, she combined these talents with counseling at children’s shelters and drug and alcohol treatment facilities.

Most recently, she was a checker at the Southern Hills Hy-Vee for the last 16 years.

Mary converted to Catholicism in the 1980’s and was a member of the St. Boniface and St. Michael’s churches.  Her animals were a vital part of her life, and throughout her lifetime she rescued and cared for hundreds of lost, abandoned, and injured animals.

She was preceded in death by her parents, Olivia and James H. Duke.