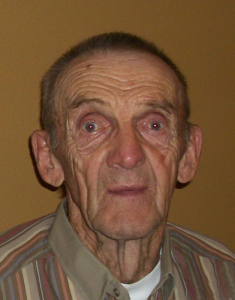 Clifford W. Bush, age 90, of Bronson, passed away on Sunday, September 15, 2019 at the Sunrise Retirement Community of Sioux City.

A funeral service will be held on Friday, September 20, 2019 at 11:00 AM at the Nicklas D. Jensen Funeral Home of Moville with  Chaplain Lorna Peters officiating.  Burial will be at the Arlington Cemetery of Moville.

A visitation will be held one hour prior to the service starting at 10:00 AM at the Nicklas D. Jensen Funeral Home of Moville.

Clifford W. Bush was born on July 28, 1929 in Moville, Iowa to William F. and Emma A. (Anders) Bush.  He was a graduate of Moville High School.  After graduation, he served for 37 years in the United States Navy Reserves as a Seabee.

Clifford was united in marriage to Darlene Mlejnek on February 20, 1960. To this union, four children were born: Craig, Roxanne, Jeffrey and Roger.

Clifford was a career farmer.  They raised their family on a farm in the Bronson area. He enjoyed raising Black Angus cattle and gardening.  He was a Cub Scout leader.

He is survived by his children: Craig Bush of Bronson, IA; Roxanne (Kent) Westerman of Lawton, IA; Jeffrey (Mary) Bush of Ankeny, IA; and Roger (Linda) Bush of Williams, IA; as well as four grandchildren and three great-grandchildren.

Clifford was preceded in death by his wife Darlene; his parents, William and Emma Bush, a brother, Ralph Bush;  & sisters Helen Higgenbotham and Inez Gladwell.