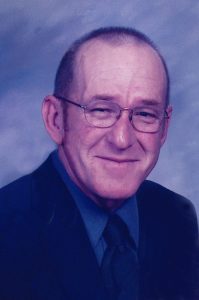 A Funeral Service will be held at 10:30 a.m. Thursday, September 26, 2019, at the United Methodist Church of Anthon, Iowa. Pastor Jena Finch-Manchester will officiate. Committal Services will follow in the Oak Hill Cemetery of Anthon, Iowa.

Everts Royce Miller, the son of Everts J. and Esther E. (Sands) Miller, was born on August 14, 1954 in Schaller, Iowa. He grew up on the farm north of Anthon, Iowa and graduated from Anthon-Oto High School with the Class of 1972.

On June 2, 1972, Royce married the love of his life, Fay Marie Brown, in Elk Point, South Dakota. To this union four children were born: Everts John, James, Chad and Dawn. The family made their home in Anthon.

Royce was a faithful member of the United Methodist Church of Anthon, Iowa. He loved to travel, hunt, fish and garden in his free time. He worked for the local school as a janitor and school bus driver for 25 years.

Royce dedicated most of his life to farming. He worked for numerous local farmers and later drove truck. He treasured his time spent with family, especially with his grandchildren: Jade, Trevor, Audrey, Carsten and Kaylee.

Royce was a devoted husband, grandpa and friend. He will be truly missed by the lives he touched here on earth.

He was preceded in death by his parents, Everts J. and Esther E. Miller; his twin son, James Merwin Miller; his father-in-law, Merwin Brown; and his brother-in-law, Alan Brown.