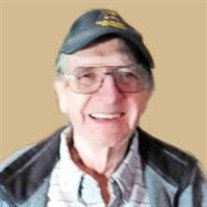 Services were at 2 p.m. Monday, September 23 at Morningside Chapel, Christy-Smith Funeral Homes. Burial was in Calvary Cemetery, with military rites provided by the U.S. Navy.

John Coon, the son of Ray and Viola (Fedderson) Coon, was born on July 26, 1942 in Moville, Iowa. He graduated from Climbing Hill High School in 1959.

John then enlisted in the U.S. Navy and served honorably in Japan until his discharge in 1963.

On November 14, 1964, John was united in marriage with Mary “Phyllis” Aquirre at Immaculate Conception Catholic Church. He worked in maintenance at Prince Hydraulics, Schaeff Namco, and at Diosynth.

John was a member of the Strollers Corvettes, and he very much enjoyed nostalgic stock car racing.

He was preceded in death by his parents, his wife, and a grandson.